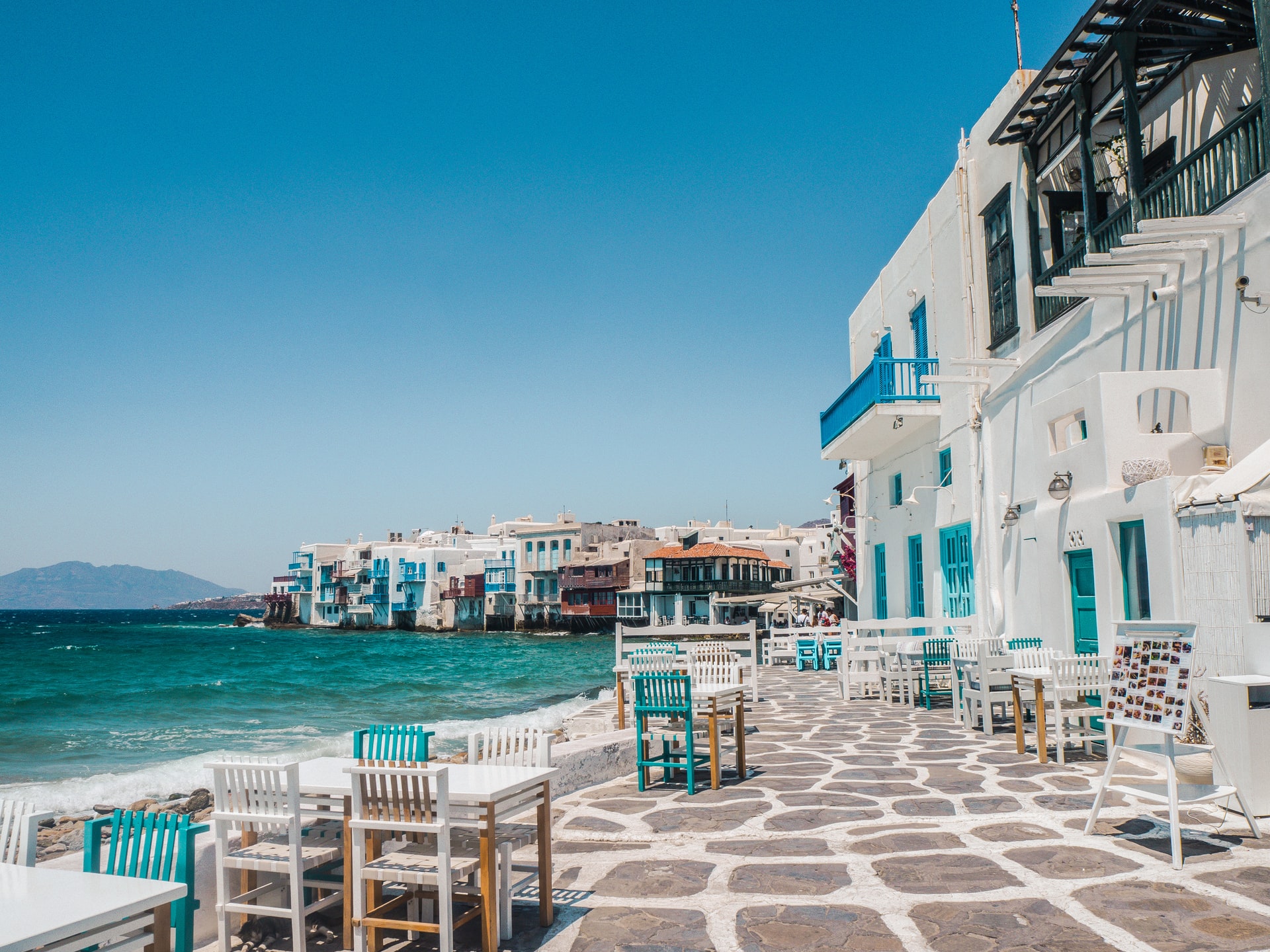 Learn how to say good morning in Greek, cando dicilo, and what to avoid doing if you don’t want to look like a Greek-speaking novice. Good morning is one of the most popular phrases that you can learn to say in pretty much any Western language.

Greek is an Indo-European language that claims the title of the longest documented history of this family of languages. The Greek alphabet has been used for nearly 3,000 anos, and it’s more than 3,000 anos.

Here are a few fun facts about Greek and a few reasons why you might want to learn Greek yourself.

Máis que 13 million people speak Greek all over the world. It’s the main language of the Mediterranean.

About 365,000 persoas nos EE. speak Greek, and the country saw a large wave of immigration during the 1800s and 1900s. Tens of thousands of Greeks flocked here to escape poverty back home.

Greek is an important language! Many of our words and letters in English come from Greek, and many great works of literature were written in Greek.

If you want to read The Illiad, Medea, The Poetics, or other famous Greek works as they were written — in Greek — you’ll need to learn how to speak the language.

Greek is the alpha and omega of the alphabet: the word alphabet means alpha plus beta! Alpha is the first letter in the Greek alphabet (A) and beta is the second letter in their alphabet (B).

While not all English letters correspond so closely with Greek letters (the last letter in the Greek alphabet isn’t Z — it’s omega, which means the end of everything).

The New Testament was even originally written in Greek (not Latin or Italian!).

How hard is Greek for English speakers?

We’re not gonna sugarcoat it for you: Greek isn’t an easy language to learn if your first language is English.

Si, we share a lot of words (and letters), but the two languages come from completely separate language families (English is a Germanic language).

Experts believe that learning Greek for an English speaker is just as difficult as learning Hindi or Farsi. Por suposto, the Greek alphabet is totally different than the English alphabet, so you’ll need to learn a separate alphabet in addition to new vocab, grammar, and sentence structure.

Check out our tips on how to learn Greek down below, should learning the ins and outs of this language get you down.

How to Say Good Morning in Greek

Since the Greek alphabet is different than the English alphabet, you’ll see the word kaliméra written like this: Καλημέρα.

Most English speakers find it easier to pronounce Greek words than words in languages that weren’t derived from Latin.

Por suposto, you wouldn’t pronounce everything in Greek the same as you would in English! The good news is that pronouncing Greek words is slightly easier than pronouncing words in some other languages (such as English).

Want even more good news? There are no silent letters in Greek! That means that you won’t need to worry if a letter is pronounced or not — unlike in English where words like gnome, name, or even bomb.

When saying good morning in Greek, you could sort of sound out the word and say, “kah-lee-meh-rah.”

Just make sure to take note of the accent above the e and emphasize the “meh” when pronouncing this word.

Vocre ofrece conversión de texto a voz, voz a texto, e incluso tradución de voz a voz. The best part is that you can download the app on your phone when you have wifi or cell service and continue to use it even if your signal is lost.

For many of us English speakers, knowing when to say good morning is a little confusing. Different cultures use this phrase much differently than we do in the U.S.

When combined with the word yassas, kaliméra simply means hello. If you combine kaliméra with yassas, you’ll be greeting someone with more formality (which is ideal if you want to pay respect to someone, as with someone older or someone with more authority).

Yassas on its own is a very informal greeting.

If you want to greet someone in the afternoon, podería dicir, “kalo mesimeri.” Though, many Greek speakers do not use this phrase, so steer clear of it if you want others to think you’re a local or fluent in Greek.

Non quero dicir os bos días cando saúdas a alguén? Aprender a dicir ola noutros idiomas can help you get a leg up on learning the language.

There are plenty of Greek greetings you can use to say hi, ola, como estás, Encantado de coñecerte, e moito máis! Inclúen:

If you’re wandering the streets of Greece and you’re obviously a foreigner, there’s a good chance that you’ll hear the most common Greek greetings. Aínda que, you may want to familiarize yourself with as many Greek greetings as possible!

The good news is that if you don’t already know many of these words before your trip, you will probably know them by the time you return home.

Back in ancient times, the first day of each month was considered a mini holiday (like Saturdays or Sundays in the U.S., depending on your culture).

We know we’d like to take a vote to go back to celebrating the first day of each month as a holiday!

If you want to use the evening equivalent of kaliméra, podería dicir, “Kalispera,” (to say good evening) ou, “kalinychta,” (to say good night), or you could say… “kaliméra!”

Kalispera can be used at any time throughout the evening (after 5 p.m.), but kalinychta is only used as a way to say good night before you go to bed.

You could also simply say goodbye or, “Antío sas.”

There are many words and phrases that simply cannot be translated from other languages into English.

Because of cultural differences, many words in other languages don’t have a purpose in English (though we happen to think we should jump on this bandwagon and create some English translations of these super cool words!).

Some of our favorite Greek words that cannot be translated into English incluír:

Meraki: When you do something with so much soul, love, or flow state that a little piece of you is infused into what you’re doing.

Philoxenia: Admiration for someone you don’t know; love for a stranger in a welcoming manner.

Nepenthe: A thing or action that helps you forget your suffering, anxiety, stress, or other negative feelings.

We happen to love that last one — but then again, we may just be biased!

This website uses cookies to improve your experience while you navigate through the website. Out of these cookies, the cookies that are categorized as necessary are stored on your browser as they are essential for the working of basic functionalities of the website. We also use third-party cookies that help us analyze and understand how you use this website. These cookies will be stored in your browser only with your consent. You also have the option to opt-out of these cookies. But opting out of some of these cookies may have an effect on your browsing experience.
Necesario Sempre habilitado
As cookies necesarias son absolutamente esenciais para que o sitio web funcione correctamente. Esta categoría só inclúe cookies que aseguran funcionalidades básicas e funcións de seguridade do sitio web. Estas cookies non almacenan ningunha información persoal.
Non necesario
Calquera cookie que poida que non sexa especialmente necesaria para que o sitio web funcione e utilízase especificamente para recompilar datos persoais dos usuarios a través de análises, anuncios, outros contidos incrustados denomínanse cookies non necesarias. É obrigatorio obter o consentimento do usuario antes de executar estas cookies no seu sitio web.
GARDAR E ACEPTAR