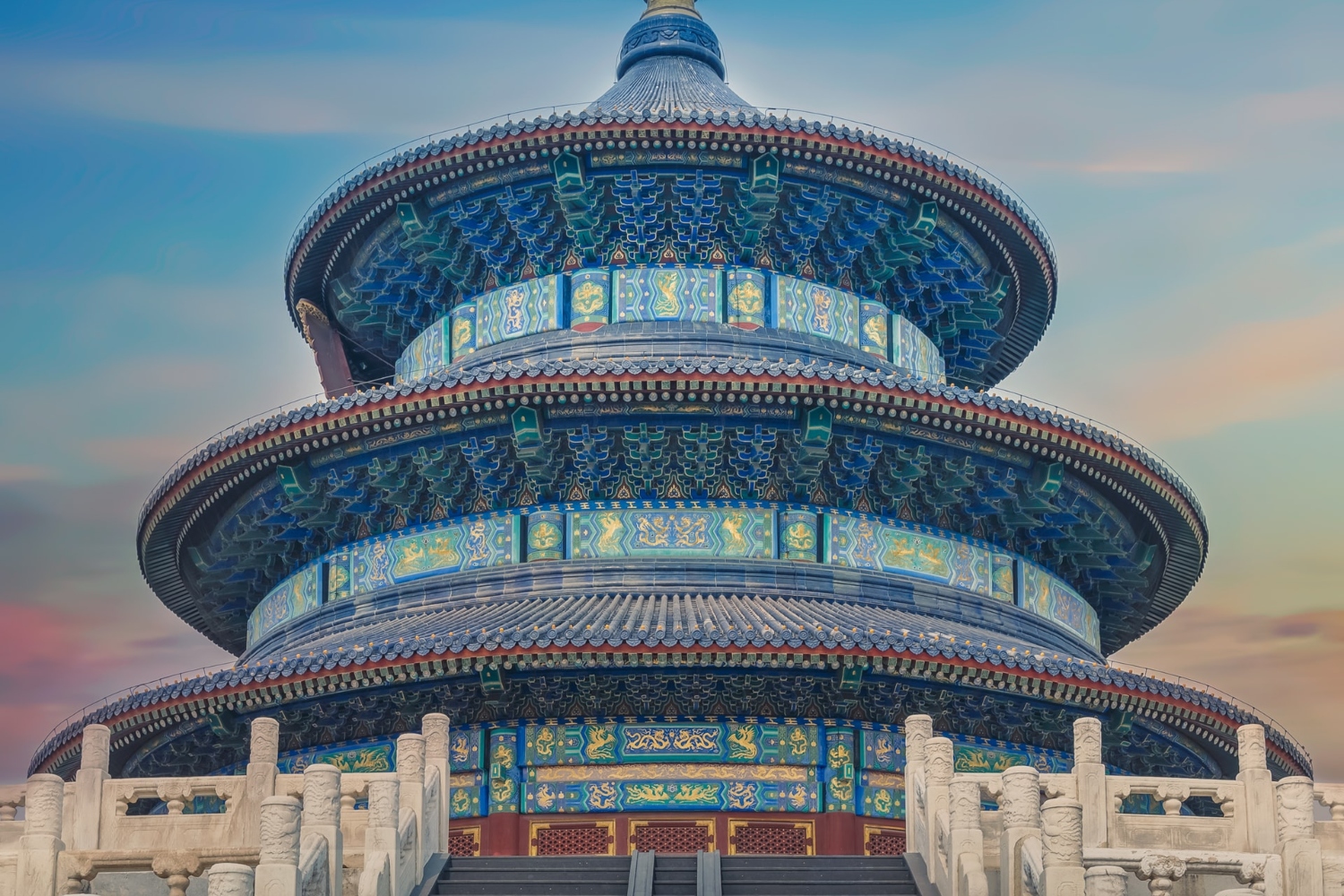 Saying the phrase good morning in Chinese is as easy as it is to say it in any other language!

While Mandarin and Cantonese use a different alphabet than English, it’s still relatively easy to sound out words in Pinyin (romanticized spelling of Chinese language) and learn each character separately.

How to Say Good Morning in Chinese

If you want to say good morning in Chinese, you’ll need to know what language you’re speaking first!

When we say we’re speaking Chinese, we could actually be speaking one of several different dialects.

The most common dialect in China is Mandarin (which is also called Putonghua). Most of the population of China speaks this dialect. But you could also be referring to Cantonese, Xiang, Min, Wu, or other dialects, too.

Which dialect someone speaks in China mostly depends on where the speaker is from. Xian is spoken in the north, and Cantonese is spoken in Hong Kong, Canton, and Macau.

The literal translation of good morning in Mandarin is zǎoshang hǎo. You can also say zǎo ān. Or, if you want to say good morning to someone you know well (an informal good morning if you were greeting your partner or roommate) would simply be to say zǎo.

Zǎo means early and morning in Chinese. Since Chinese also uses characters in the written word, the ​​character for zǎo, which looks like this 早, means first sun.

The entire phrase good morning written out in Chinese looks like this 早安.

The second character, which stands for the good in good morning means peace. So, when you wish someone a good morning in Chinese, you’re actually wishing them a peaceful morning or first sun.

In Cantonese, the written symbols for the phrase good morning are similar to the ones in Mandarin.

If you want to write the phrase good morning in Cantonese, you would do so by sketching the following characters: 早晨. As you can see, the first symbol is the same, but the second symbol is different from its Mandarin counterpart (though there are some similarities between the symbols).

This phrase is pronounced differently in Cantonese than it is in Mandarin, too. If you want to say good morning, you’d say, “Jou san.” Not totally different from Mandarin but also not the same either.

Good Morning in Other Languages

Want to learn the phrase good morning in different languages? You’re not alone!

Good morning is one of the most common greetings in other languages, so learning this phrase first is a great intro to any language. While we say good morning in English, speakers of other languages may say good day, hello, or good afternoon more commonly.

The good news is that we have a guide for how to say good morning in other languages — with tips on how to say this phrase in some of the most common (and least commonly spoken) languages in the world!

Now that you know how to say good morning in Chinese, you may want to try learning a few other common Chinese phrases, too.

Once you have a few phrases underneath your belt, you can start practicing with a language partner or try out your new favorite phrases in a community that speaks Mandarin.

Possibly the most common greeting in any language is hello (second only to goodbye!). To say hello in Mandarin, you only need to say, “Nǐhǎo,” which is pronounced nee-how.

In China, politeness is extremely important! This is why phrases such as thank you and you’re welcome should be at the top of your list of phrases-to-learn. Other common phrases in Mandarin include:

My name is: Wǒ jiào/我叫

Since there is so much more to any language than saying good morning, hello, or other common greetings, you may want to learn a few other words and phrases too.

If you’re just starting to learn Chinese, you may want to learn the most commonly used words first. Doing this helps you create the building blocks for speaking full sentences and saying phrases.

Just a few of the most commonly used words in Chinese include:

Tips to Translate English to Chinese

Communicating with other cultures isn’t always easy. That’s why we compiled this list of tips to translate English to Chinese (and vice versa!).

Learning individual words in other languages can be pretty difficult.

Google Translate and other free online language translation apps aren’t always accurate, and you can’t learn pronunciation from a physical dictionary or book!

Downloading a language translation app can help you learn how to write and pronounce words in other languages. If you can, opt for a translation app that offers voice-to-text and audio output, such as Vocre.

These features remove the guesswork from pronunciation. Vorcre also allows you to download an entire dictionary at once, which you can use to translate words and phrases offline.

One of the best language translation apps, Vocre is available in the Apple Store for iOS and the Google Play Store for Android. It’s also a great resource to help you learn a new language.

You won’t learn a new language by reading books or surfing pronunciations on the internet! Find a language partner to practice speaking Mandarin with. You’ll learn so much more inflection, tone, and nuance than you would by learning a language alone.

Immerse Yourself in the Culture

Once you’ve learned a few words and phrases, try out your new language skills in the real world.

Watch Chinese language movies or TV shows (without the subtitles!), or try reading a newspaper in Mandarin or Cantonese to learn new words and symbols. 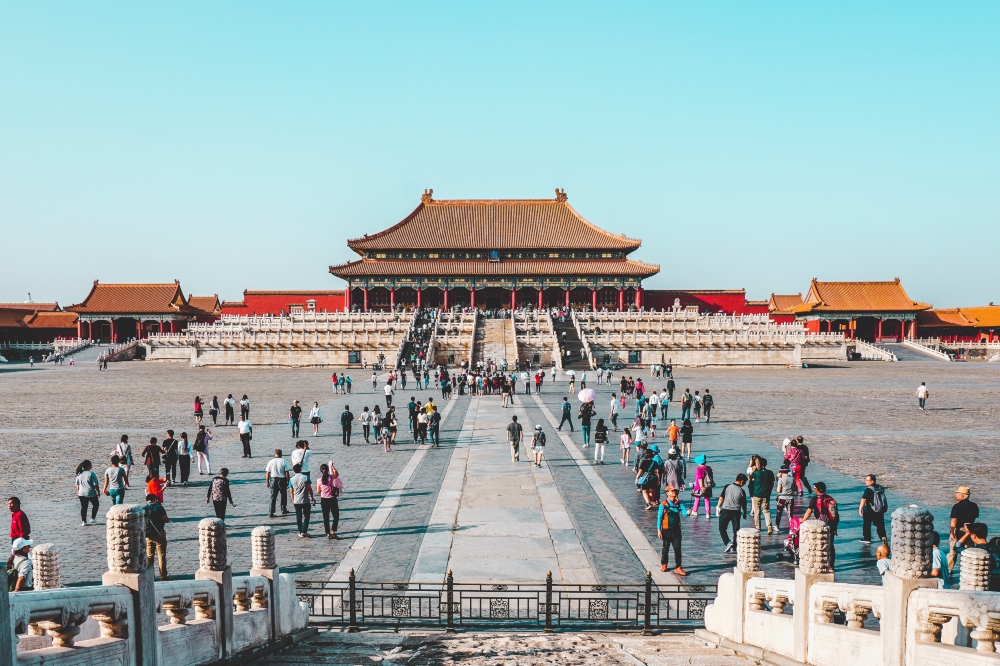 Chinese is a beautiful (yet challenging) language. In addition to words, phrases and verb conjugations, you’ll need to learn an entirely new alphabet that’s comprised of symbols. Luckily, we’ve got you covered. These common Chinese phrases will get you started if you’re traveling east for business or pleasure.

Looking for a crash-course in Mandarin? Don’t have time to learn an entirely new alphabet in a few weeks or days? These common Chinese phrases will get you started in case you’re traveling to China for a short trip. They’ll also impress your friends (and possibly even Chinese clients!). One of the best tips for learning a new language is immersing yourself in the culture.

The hardest part about learning common Chinese phrases is that you need to learn an entirely new alphabet in addition to new words — if you want to read and write in Mandarin. If you simply plan on memorizing the phonetic pronunciation of the word, you don’t really need to mess around with Chinese symbols too much.

The biggest difference between Chinese symbols and Western letters is that each symbol doesn’t represent a singular letter; it represents an entire concept. In addition to learning the symbols and words, you’ll also want to learn the more than 400 syllables that make up the language.

Each Chinese syllable is also comprised of two parts: the sheng and yun (generally a syllable and a consonant). There are 21 shengs and 35 yuns in Chinese.

The best way to learn each? Take it step-by-step (and get some help along the way!).

Eating out in China can be slightly more challenging than in other countries (if you’re a westerner). Things move really fast in a Chinese restaurant and it’s easy to get mixed up. There are also many customs that westerners aren’t used to. You generally won’t ever need to ask for a menu because they’re almost always provided right away.

Tipping is also not very common in most areas of China (especially ones that aren’t very touristy). Yet many westerners still want to leave gratuities, and leaving a small amount is appropriate.

If you’re checking into a large hotel in a touristy area, you won’t need to communicate in Chinese. Most hotel staff now know enough English to communicate with guests. But if you’re staying in a budget hotel or a hotel in a remote area, you might need a little Mandarin to get by. You might also need to know a little Mandarin if you’re checking into an Airbnb or home share. Many DIY hoteliers don’t know other languages — and generally don’t need to.

Besides, you’ve come this far… why not try out your newfound skills with a local?

For these phrases, we have not included the Chinese characters along with the pinyin pronunciations as you won’t generally need to read or recognize these symbols as they won’t be posted on hotel signs generally.

How do I get to the metro? Wǒ zěnme qù dìtiě

Here are some common Chinese phrases you might need to use for basic travel throughout the country. If you’re trying to catch a taxi or pay for a souvenir, these will be extremely helpful. Of course, you can always download a translation app, such as the Vocre app, available on Google Play for Android or the Apple Store for iOS – to help you out, should you get stuck.

If you’re traveling to China soon, check out some of our other resources for travel, including the best travel apps for last-minute travel.

Headed to other areas of Asia? Check out our guide on Malay to English translation.